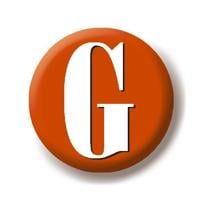 Jasper County prosecutors have dismissed charges against a man accused of forcibly taking his preschool-age son from the child’s grandmother in Joplin a year ago.

Savon M. Watts, 30, was due to be tried in Jasper County Circuit Court this week on charges of first-degree assault, burglary and interference with custody.

Jasper County Prosecutor Theresa Kenney said the charges against Watts were dismissed when information obtained during the pretrial testimony raised questions about the defendant’s guilt.

Watts and co-defendant Ajuann L. Parks, 26, were accused of forcibly taking 3-year-old Markwayne Watts away on August 28, 2021 from Maria Maturino, the child’s maternal grandmother, who had custody of the boy.

At a preliminary hearing last year, Maturino said Watts came to her home and the boy met him at her door. Watts asked if he wanted to go to the park, and when the boy took a step or two forward, he picked him up and took him to his car.

Both Watts and Parks were brought to trial at the conclusion of the hearing, and Parks still faces misdemeanor charges of third-degree assault and a misdemeanor violation of custody, although her attorney questioned whether Parks knew at the time that the grandmother had custody had child’s.

Kenney indicated Tuesday that her office would also review the charges against Parks in light of information that came out during the pretrial testimony.