AUDIENCE PERSPECTIVE! Why did a robust character like Rakhi Dave give in to infidelity? 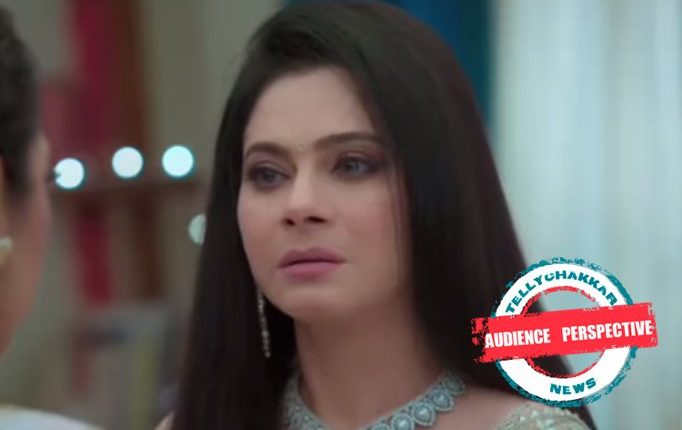 MUMBAI: Anupamaa is currently ruling our TV screens. The show is doing extremely well, topping the BARC ratings every week. Nowadays the track of the show is quite interesting as the narration focuses on the life of Anupama and Anuj after marriage.

Previously, we’ve seen Anupamaa confront Paritosh for cheating on Kinjal, while Paritosh justifies his disgusting actions when Anupamaa can’t stand his disgust for long. Paritosh threatens Anupamaa that she doesn’t want to break up his son and daughter-in-law’s family.

Anupamaa is shocked to hear this. Just as Paritosh is leaving, Rakhi walks in, having overheard the conversation. Paritosh asks Rakhi to tell Anupamaa to keep quiet and not tell anyone about the secret and leaves the room.

Rakhi and Anupamaa then break down in front of each other and Rakhi begs Anupamaa not to tell anyone about Paritosh’s secret. Anupamaa is shocked to hear that Rakhi wants to hide something like this from Kinjal. Rakhi then asks Anupamaa for Kinjal’s happiness.

Rakhi has always been a strong character who never lets go when she feels someone has wronged her. While Anupamaa becomes weak when it comes to family and protect them. But this time the tide has turned. Rakhi has broken down and has asked Anupamma to keep calm and not allow Kinjal’s family to be torn apart, and Anupamaa on the other hand wants to tell Kinjal the whole truth.

Anupamaa went through the trauma of infidelity in her marriage to Vanraj for 8 long years and she says she knows what it’s like. The news that is shocking here is that Rakhi also reveals the fact that she was betrayed by Kinjal’s father, Pramod, and she left it so that Kinjal would not lose her father. She asks to do the same for Kinjal’s newborn baby.

The plot here is so interesting as neither side is completely wrong. Both perspectives are correct and have a concrete logic in their own sense. Rakhi’s handling of the whole situation shows how strong every woman is when it comes to her child’s happiness.

Both went through the same trauma, but deal with the whole situation differently. They want the best for Kinjal but Rakhi is afraid that Kinjal will not be able to deal with the truth like Anupamaa was able to when it came to Vanraj’s cheating while Anupamaa doesn’t want Kinjal to become another Anupamaa .

The audience also had a lot to say about it:

Mitali Parech: I am deeply shocked to see Rakhi Dave collapse like this. I never expected that day to come, but I think women forget everything else when it comes to the happiness of their children. This is really sad to watch and endure, two women are fighting for another woman’s happiness while the man is at fault but unwilling to take responsibility for his mistake.

Harshita Joshi: Anupamaa and Rakhi have mostly been on opposite sides and they are in this case too, but this is the first time both seem right. It was shocking to know that Rakhi went through the same trauma. I think both have valid points, but in my opinion, Kinjal deserves to learn the truth and then make a decision for yourself.

Schalini Mittal: I’m a mother too and watched the show from the start. I don’t think Rakhi is entirely wrong in trying to protect her daughter’s happiness and family. She believes that while Toshu doesn’t take full responsibility for his mistake, he has said that he won’t go down the same path again. Rakhi is in a very vulnerable position here and I sympathize with her.

Sayali Sharma: Here I agree with Anupamaa. Kinjal is grown up and has to decide for himself. Yes, the truth will hurt her badly, but it’s crucial that she knows. No woman should live with a man who has committed infidelity and is not at fault for it. Toshu is a shameless man trying to justify his dirty mistake. He says he loves Kinjal but clearly has no respect for the fact.

The plot has become much more interesting with such dramatic and emotional events. The audience can’t wait to see what happens next.

For more news and updates from the world of TV, OTT and movies, visit TellyChakkar.