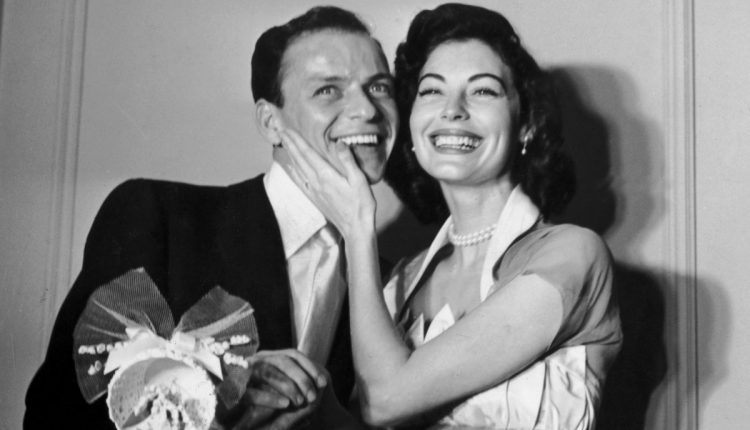 Ava Gardner and Frank Sinatra’s marriage was a tumultuous one — passionate but marred by explosive struggles. However, this turmoil began before they ever said “yes, I do.” The day before their wedding, Gardner received a letter from a woman who claimed to have had a sexual relationship with her future husband for months.

Ava Gardner and Frank Sinatra’s relationship began as an affair

Sinatra reportedly said he wanted to marry Gardner when he first saw a photo of her. Not surprisingly, then, he began a relationship with her while still married to his first wife, Nancy Barbato. In 1949, Sinatra and Gardner were both attending a party when a drunk Sinatra asked an equally drunk Gardner to ride with him.

According to Vanity Fair, they drove to a nearby town, where Sinatra pulled two guns from the car and began shooting at streetlights. Gardner took one of the guns and shot it out of a hardware store window. Although the police arrested them, MGM paid the officers and the couple was able to leave. The night marked the beginning of their affair.

In 1950, news of their affair became public and dealt a blow to Sinatra’s career. In 1951, Barbato agreed to a divorce. A week later, Sinatra and Gardner married.

However, a day before their wedding, Gardner received a letter from another woman about Sinatra’s infidelity. This time, however, he had reportedly been unfaithful to Gardner. Per Jazziz, the author was allegedly a sex worker who said she had been dealing with Sinatra for months.

It wasn’t the first time Sinatra had an affair. Apparently, he dated Gardner while he was still married, but he had dated other women as well. His biographer explained that he was seldom concerned with hiding these dalliances.

“The more famous Frank Sinatra became, the more women wanted to sleep with him, and he saw no reason not to please as many of them as possible,” James Kaplan wrote in Frank: The Voice, per the Washington Post. “Covering up the evidence was seldom his first priority.”

The letter made Gardner question Sinatra’s loyalty to her, but she went ahead with the wedding anyway.

During their marriage, Gardner used her influence in Hollywood to revitalize Sinatra’s faltering career. She reportedly helped him secure an audition for From Here to Eternity, for which he won an Oscar.

The relationship was passionate but also volatile. While many say that Gardner was the love of Sinatra’s life, they fought bitterly and both carried on affairs.

“Both Frank and I were tense people, possessive and jealous and explosive,” Gardner said, according to the Ava Gardner Museum. “If I lose my temper, honey, you won’t find it anywhere. I just need to blow off steam and he’s the same.”

The couple separated in 1953, and Gardner filed for divorce in 1954. Sinatra agreed to the divorce in 1957. He reportedly never stopped loving her, and the former couple remained close for the rest of their lives.

TIED TOGETHER: Frank Sinatra was “unhappy” and “lonely,” according to Larry King.