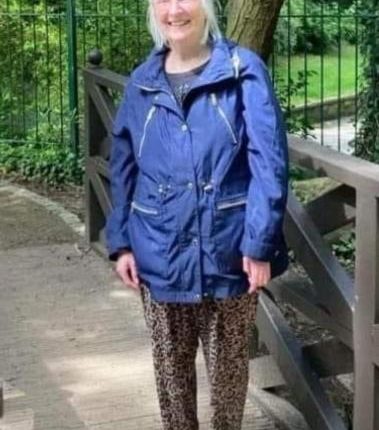 Police searching for missing Judith Holliday have found a body near the railway in North Rigton, in the Harrogate district.

A report was generated at 12:22 PM on Saturday September 10th.

While the emergency services were on site, rails and roads were blocked.

In a statement, North Yorkshire Police said: “Based on the whereabouts of the body, UK Transport Police are leading the investigation and will establish the circumstances of the death.

“Although formal identification has not yet taken place, the family of the 73-year-old has been informed and is receiving support.

“To find her, extensive searches were carried out by several authorities.

“Thank you to everyone who supported the missing person investigation.

“Our thoughts are with Judith’s family.”

Judith, who was suffering from dementia, left her care home on Harcourt Road, Harrogate, at 10.32am on Saturday 27 August. She was then caught on CCTV at Harrogate bus station and then at Library Gardens at 10.43am.

It is believed that Judith took a bus from Harrogate and then stopped a member of the public and asked for a ride to North Rigton. The last confirmed sighting of Judith was in North Rigton.

Last week, Lucinda Edwards, Judith’s niece, thanked the community for their support, saying: “We are so grateful for the support our community has shown in our mission to find Judith.

“Judith and everyone living with a disease like hers deserves this level of support and awareness to keep her safe.”

QUESTION OF THE DAY: Should Greit’s custody resolution be unsealed?