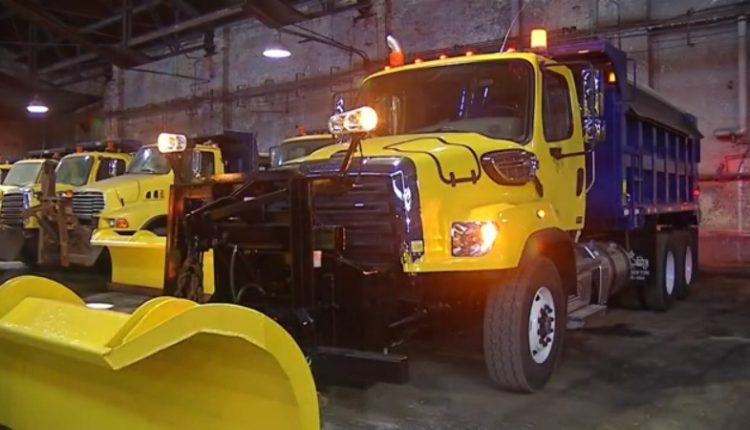 BUFFALO NY (WIVB) – The city of Buffalo rolled out its new GPS snowplow tracking tool during last week’s snowstorm, but officials say there have been some problems with the system.

News 4 received reports of maps not updating and roads being marked as plowed when they weren’t.

“I think it was literally the perfect storm. They’ve had a lot of traffic on the site, I spoke to the mayor today about the GPS system and they’re doing everything in their power to find out exactly what happened,” said Common Council President Darius Pridgen.

The city was poised to deploy a new GPS tracking tool to help road workers clear the streets, and people could check online which streets were snow-ploughed and which weren’t.
However, during last week’s snow storm the system was not working.

Buffalo Mayor Byron Brown spoke about his frustration with the system earlier this week.

“Of course we are not happy that there were failures in the system. The system wasn’t reliable in this storm, that’s a fact,” Brown said during a press conference on Monday’s cleanup. “I would have wished that the GPS system hadn’t failed. I would have liked not to have seen this malfunction.”

Pridgen says that in addition to the technical glitches, another problem was that many of the plows on the roads were from private contractors who didn’t have the GPS technology. Any work they have done will not show up on the tracking website.

Sarah Minkewicz is an Emmy-nominated reporter from Buffalo and has been part of the News 4 team since 2019. Follow Sarah on Twitter @SarahMinkewicz and click here to see more of her work.