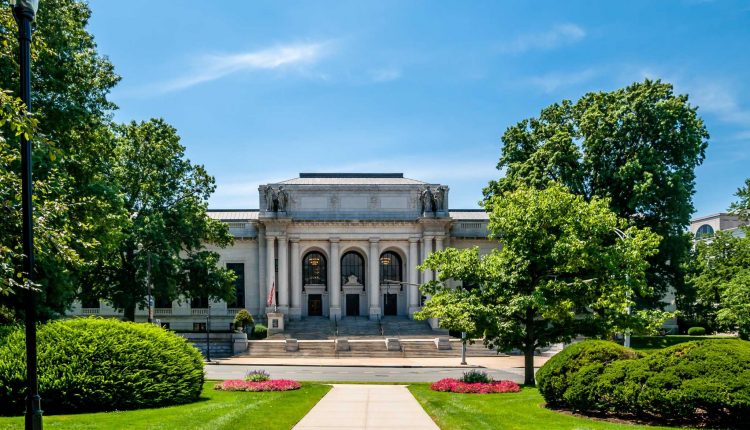 The use of remote hearings to decide cases involving parental rights during the pandemic was upheld by the Connecticut Supreme Court this week, the latest case in which the court approved government protocols to slow the spread of COVID-19.

The court’s decision was made by a trio of “slip opinions” released Monday by Justice Andrew McDonald, who joined all six of his fellow judges in finding that the courts did not violate either the state or federal constitution by postponing much activity – including some trials before a jury – online in the early stages of the pandemic.

Each of the three accompanying cases were appeals filed by one or more parents who lost custody of their children during the pandemic, in trials held virtually via Zoom.

The parents’ attorneys sought to overturn the lower courts’ decisions to end custody and had pointed to clauses in the Connecticut constitution that delegate judicial power to courts that are “public” to each person. Those clauses, along with the right to due process under the US Constitution, should have given the parents the right to appear in person before a judge to determine their jurisdiction as parents, their attorneys argued.

However, McDonald wrote that the language in the state’s constitution had more to do with giving all citizens a chance to seek legal redress in court – while noting the unprecedented nature of the issues raised by the pandemic.

“The text of these constitutional provisions says nothing about whether trials must be conducted in person,” McDonald wrote. “Our courts have never had an opportunity to interpret either provision as imposing such a requirement.”

In two of the cases decided on Monday, the Supreme Court unanimously upheld the lower court’s ruling on the dismissal. In a third case, the judges unanimously rejected the constitutionality arguments related to virtual hearings, while they were divided on another aspect of the case involving a parent’s visitation rights.

In a statement Tuesday, Department for Children and Families spokesman Ken Mysogland said the agency was “pleased” with the court’s ruling, which upheld the safeguards put in place by the judiciary during the pandemic to ensure safety and fairness.

“Ensuring timely arrival for children has required creativity and flexibility during the COVID-19 pandemic,” Mysogland said. “While the nature of the court process was compromised, we did not believe the integrity of the system was compromised.”

The appeals attorney listed for the parents in all three cases, Albert Oneto of Hamden, did not respond to a request for comment on Tuesday.

The judiciary began lifting many of its pandemic-era restrictions in early 2021, prompting juries to resume after a 15-month hiatus last June. Some court cases, meanwhile, are still being heard through a combination of remote and in-person hearings.

Attorney General William Tong, who represented the state on appeal in all three cases, praised the court’s decision in a statement released by Speaker Elizabeth Benton.

“Having carefully considered the circumstances under which the trials were conducted, we are pleased that the court has concluded that the trial court acted appropriately,” Benton said.

In his three testimonies, McDonald noted a variety of technical glitches that disrupted proceedings, such as loud background noise that prompted a judge to interrupt testimony, and failed internet connections.

In one of the cases, both parents argued on appeal that the trial court should have helped them gain better access to the proceedings because they lacked the money to buy reliable internet-connected devices, but McDonald noted that the couple had a did not make such a request until after the hearing.

“Although we do not address whether a trial court may conduct virtual trials in circumstances other than during a pandemic, we take this opportunity to emphasize the importance of ensuring equal access to justice when a court conducts a virtual trial performs,” McDonald wrote in one of The Opinions. “Equal access to justice is of particular importance given the digital divide in the context of virtual hearings and trials.”

In a previous ruling, the court sided with Gov. Ned Lamont’s administration to uphold executive branch orders that forced bars to close earlier in the pandemic. Judges also ruled last month that the governor’s order did not provide closed businesses as an excuse for not paying rent.