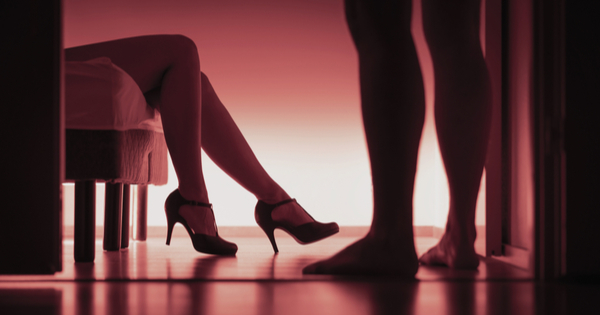 A topic that is very close to my heart.

Why? Oh, I’ve only written more than 400 articles about this “lifestyle” and counting.

Reading Wednesday Martin’s book Untrue: Why Nearly Everything We Believe About Women, Lust, and Infidelity is Wrong and How the New Science Can Set Us Free (Little, Brown Spark, September 2018) I thought like EUREKA!

The mother load! A book I can understand and stand behind!

Women with unrestrained lust? The tale of the chaste and frigid maid could be wrong? Well, FINALLY someone gets it.

And damn proud of it.

Men are supposed to be sexual, but women are not “allowed” to be the same. The social stigma. Promiscuity is wrong for ladies. No high-fiving for our notches on the bedpost. No bragging about our conquests or abilities.

It’s just that we’re not always so easy to classify.

“In addition to life, freedom and the pursuit of happiness,” writes Martin, “sexual double standards are one of the basic concepts of our country.”

It’s not as easy as male research would have you believe. Hence the typical portrayal of women as “the passive, comparatively disinterested sex,” she writes. Instead, women carry with them “a history of passionate, voluptuous pleasures and sometimes tremendous risk-taking in the pursuit of sexual gratification.”

What men want to believe:

Um, some women are all of the above. However, many women are not. women like me Women who desire and cheat. Only we are considered “freaks” and “frowned upon”. We are not “good” women.

We, with the letter “A” on our chest – the mark of a wanton woman. We didn’t stay within the marital boundaries.

What our biology says:

Aside from Martin writing, “Promiscuity was an intelligent reproductive strategy, a way for early humans to increase the odds of getting quality sperm and becoming pregnant while maximizing the chance that numerous men might be willing to have them during.” to support and help her during pregnancy and her offspring after birth.”

However, guys should be the sexual wanderers. They wanted to “spread their seeds”. Not women. The fairer sex should want a good guy to settle down with. So the message of sexual fidelity was hammered into our bones early on.

Starting with Cinderella and Snow White and every fairy tale. Where were the sexually indiscriminate women portrayed? Nowhere. Sometimes as villains. Society told us to comply or we would be expelled.

No fucking for freedom and pleasure and sport.

Only a chaste princely kiss will revive you.

Adulteress. A modern “scarlet letter” to show us our place. “Hester Prynning” us to submission. Our desires were wrong and “were not normal”.

“Women were naturally picky and shy and sexually passive. And monogamous,” argues Martin. “Sexual exclusivity is the territory, we tell ourselves, of the fit, healthy, and adult,” she adds.

“Was the insatiable woman always there, simply repressed by societal rules and the short sexual tether women have always been held on?” as Nancy Friday wrote in Women on Top in 1991.

When did women dictate their own sexuality? Never.

So lustful and adulterous women weren’t well adjusted or healthy or mature, was the answer.

But maybe they were.

I’m here to argue that sexual promiscuity is not a one-way male street. Maybe there’s a reason women get bored of monogamy a lot quicker than men…hmmm. Women seek sexual exploration. You may be biologically primed for it.

Therefore, it is at least as natural for women to cheat as it is for men.

Women need sexual variety just like men do. You long for it. And they break the rules to find it.