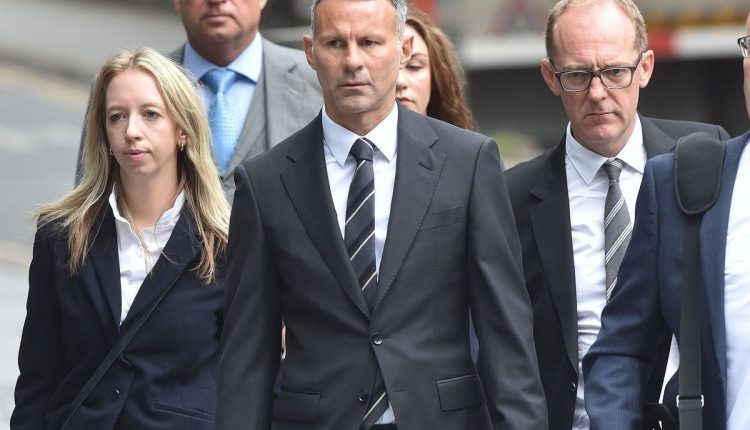 Former footballer Ryan Giggs on Tuesday admitted to being unfaithful in all of his previous romantic relationships but denied ever being violent towards partners when testifying about charges of assault and coercive control of an ex-girlfriend.

But when questioned by his own lawyer, the 48-year-old admitted to a life of unfaithfulness and agreed that he was “a flirt by nature” and couldn’t “resist” chasing attractive women, despite being married or in a relationship.

Giggs is on trial at Manchester Crown Court over allegations he subjected 36-year-old Greville to a “litany of physical and psychological abuse,” which included a headbutt to the face, when she tried to end their relationship.

The former Wales manager, whose career has been upended by the charges, faces a five-year prison sentence if convicted.

As prosecutors rested their case Tuesday morning, jurors heard details from a handwritten prepared statement he gave to police after he was arrested in November 2020 on suspicion of assaulting Greville and her sister Emma.

In it, he detailed an argument between the trio over a cell phone, during which Giggs said he “may have caught her and her sister.”

“But at no point was there any attempt to harm any of them,” the statement added.

Giggs said the couple’s more than four-year relationship — which began when he was married to the mother of his two children — had its “ups and downs.”

“Despite allegations of violence, I often walk away from incidents,” the former footballer insisted in the police statement, adding: “I would never respond with violence.”

He also told officers in another later statement, also read in court, “I will not accept that my behavior towards my former partner was in any way controlling or coercive.”

During a several-hour afternoon testimony from the witness stand that chronicled the course of their “roller coaster-like relationship,” Giggs denied threatening to release specific images or videos of Greville to emotionally blackmail her.

He told the court he “never” shared private photos or videos and insisted he would never share such material.

The trial will continue on Wednesday.

A dazzling teenage talent, Giggs ended his career at Old Trafford as the most decorated player in English football history.

As a player in 23 years for Manchester United, he set a club record 963 appearances, winning 13 Premier League titles and two Champions League trophies.

He then began his coaching career at Old Trafford, taking over on an interim basis at the end of the 2013/14 season following the sacking of David Moyes, before spending two years as Louis van Gaal’s assistant.

Giggs was appointed manager of Wales in January 2018 and helped them qualify for Euro 2020, only their second appearance in a major tournament since the 1958 World Cup.