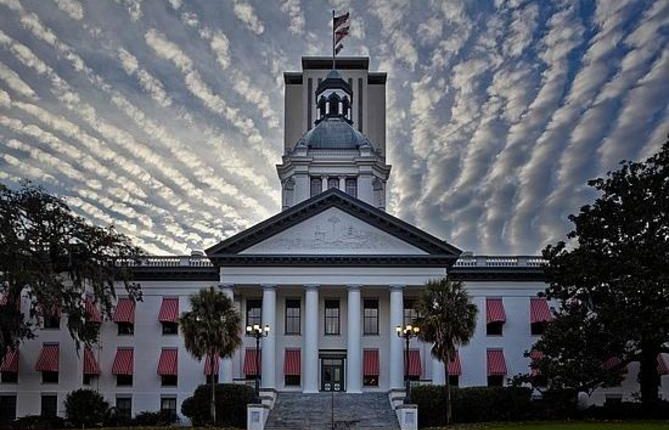 Lawmakers have yet to present Gov. Ron DeSantis with a sweeping measure of alimony reform, and family attorneys say the delay is contributing to a backlog of cases.

The House of Representatives voted 74-42 on March 9 to approve Senator Joe Gruters, R-Sarasota, SB 1796, despite strong objections from the Family Law Department and some child attorneys.

(The Family Law Department is advocating a veto of this legislation on its own behalf. Under the Advocate’s Policy, departments with voluntary membership and dues payments are given wide latitude regarding issues they wish to influence, and departments must make it clear that they represent only himself and not the Bar Association as a whole.)

The measure would abolish permanent alimony, give ex-spouses who pay alimony a “path to retirement” and create a legal presumption for equal time sharing of children.

Persons-Mulicka insisted the measure was non-retroactive and included safeguards that exempt disabled dependents and protect others from falling into poverty.

“This bill is the fairest and most equitable alimony reform bill that has been brought before this legislature,” Persons-Mulicka said. “It balances the goal of protecting those most in need of upkeep with the goal of reducing the need for exhaustive and costly litigation.”

Wartenberg, a magistrate general of the 13th circle, strongly disagrees. He calls the measure “bad for the system, bad for the families and absolutely retroactive”.

“The reality is that the opponents who are pushing this issue want to undo their previously settled divorce cases, and they want to go back in time and say that an agreement we made years ago is now invalid,” Wartenberg said . “Rather than going to court and asking for an amendment or asking a judge to consider new circumstances, whatever they may be, they just want the legislature to undo everything.”

A similar reform bill stalled last year when the Senate objected to the same timeshare provision.

House opponents warned that pro-se plaintiffs would not be able to overcome the presumption. Other critics warned that it would leave a parent with an abusive partner little choice but to start a bitter custody battle.

Heather Apicella, Chair of the Family Law Section, dedicates most of her column in the latest issue of Commentator, the Section’s newsletter, to the bill.

“The issue that occupies most minds in this state is the status of the ‘support account’ (SB 1792/HB 1395),” Apicella wrote. “The Family Law Department was (and remains) strongly opposed to the changes affecting critical portions of Chapter 61, particularly given the severe impact the law is having on our most vulnerable citizens.”

The heads of the Family Law Section and the Florida Chapter of the American Academy of Matrimonial Lawyers spent months negotiating with law reformers to negotiate a compromise, Apicella said.

“Unfortunately, our efforts were halted when it became apparent that the negotiations were failing and not met with the same good intentions put forward by the Family Law Department and the AAML,” Apicella wrote.

The long wait for lawmakers to serve the bill on DeSantis is beginning to take its toll, Wartenberg said.

“Another issue we’re hearing from our section members is how uncertainty is currently affecting many pending cases and creating a backlog,” he said.

It remains unclear whether DeSantis will sign the bill, veto it, or let it become law without his signature.

In 2016, Gov. Rick Scott vetoed a support reform measure that included an equal time-share provision. In his veto message, Scott wrote that the provision “would place the wishes of a parent ahead of the best interests of a child.”

The delay has given opponents plenty of time to let DeSantis know how they feel, Wartenberg said.

“Thousands of Floridians have written and called the governor asking him not to sign this law,” Wartenberg said. “This effort will continue until the bill is either signed or hopefully vetoed.”