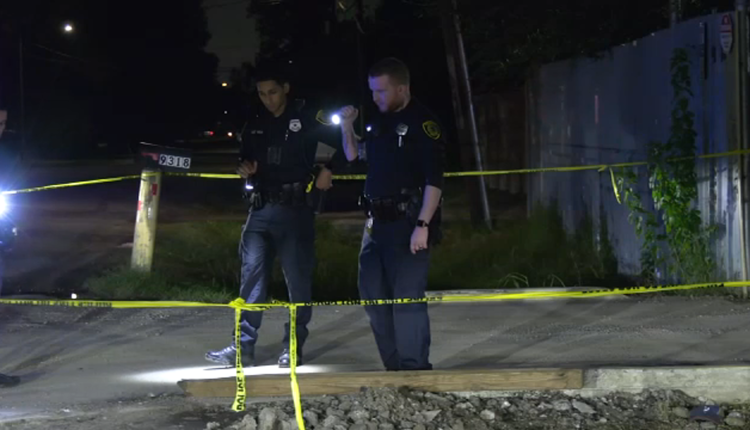 The shooting took place at around 7:56pm on Wednesday at the home of the woman’s ex-boyfriend on Friendly Road, near Tidwell.

Police said a woman and her new boyfriend showed up at her ex’s, prompting an argument.

The woman’s new boyfriend pulled out a gun and shot dead the ex-boyfriend, his mother and brother, according to police.

All three should survive.

The woman and her boyfriend got away in a vehicle and are still on the run, police said.

An investigation is ongoing, but if you have any information regarding this incident you are urged to contact the Houston Police Department.