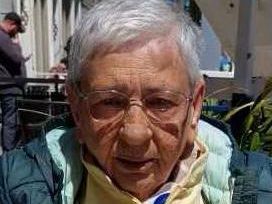 Kingston Police are asking for the public’s assistance in locating Sandra Wright, a 77-year-old local woman who was last seen on Friday August 12.

Wright was last seen in the area of ​​205 Rideau St. on the evening of August 12, according to a Kingston Police Department tweet Saturday afternoon.

Wright is approximately 5’3″ and weighs 165 pounds, with short greyish/white hair and blue eyes.

Anyone with information regarding Wright’s whereabouts is asked to contact the Kingston Police Department at 613-549-4660.