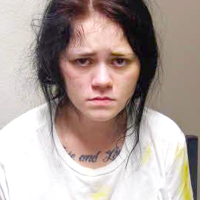 An Asbury child was found unharmed and returned to her family after she was allegedly abducted from a park on Thursday.

The child’s grandmother – her temporary guardian – reported that the child’s mother, Mia Lamunyon, 25, of Crossville, may have taken the girl when she went to the bathroom but did not return. The day before, the DeKalb County Department of Human Resources granted the grandmother temporary custody of the child.

MPs identified a vehicle that Lamunyon was in and found it was heading towards Birmingham.

Early Friday morning, Guthrie said Lamunyon and the child were found by the Fultondale Police Department at a house in Fultondale.

Representatives from the Marshall County Sheriff’s Office responded to the scene and the child was returned to the proper guardians.

Lamunyon was taken into custody and charged with interference with child custody. She was booked into the Marshall County Jail and later released after posting $10,000 bail.

The investigation is ongoing, Guthrie said.