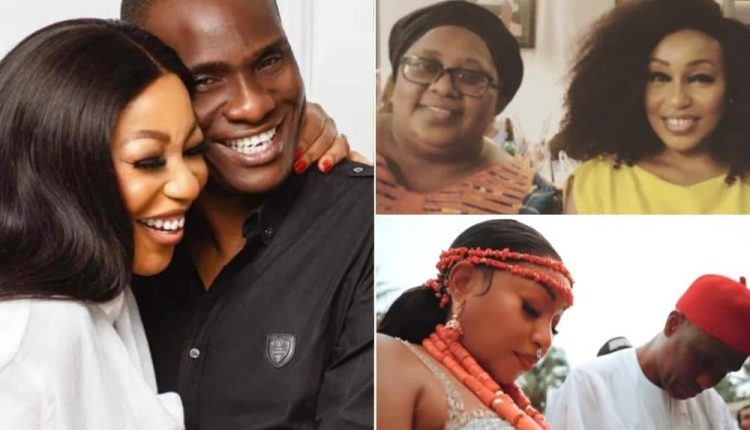 Recall that earlier this week an anonymous Instagram blogger claimed that Fidelis Anosike was having a romantic affair with two female Nollywood stars whose identities begin with “U and I.”

The blogger also threatened to drop the location of Hotel Fidelis Anosike and the actresses who regularly use it to relax, adding that they were also at Rita Dominic’s traditional wedding.

The anonymous blog also claimed that Fidelis’ promiscuous lifestyle was the reason for the breakdown of his previous marriage.

Mildred responded via a Twitter post, noting that people who claimed Fidelis Anosike cheated on Rita Dominic were spreading lies about him and could face a defamation lawsuit.

Mildred Okwo also retweeted a post about Rita Dominic’s silence on the alleged cheating scandal and threatened to file a lawsuit against the Instagram blogger who published the story.

She wrote, “Now if they file a defamation lawsuit against you for spreading lies about people, you will call them evil.”