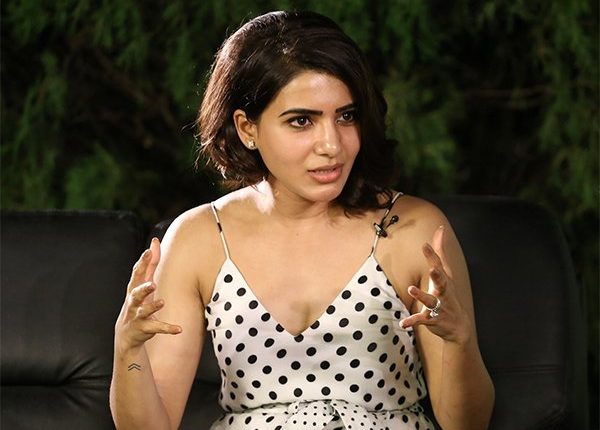 Today’s episode of Koffee With Karan7 starring Akshay Kumar and Samantha Ruth Prabhu was full of fire and fun. The lady looked stunning in a red dress and appeared to arrive at the show armed with her share of barbs for her ex-husband, Naga Chaitanya.

Unlike his Bollywood friends, Karan Johar was quite amicable towards the southern actress and asked the expected questions. But what got the twitterati trolling the Oo Antava girl was Samantha’s retort when Karan Johar mentioned Naga Chaitanya as her husband. Many people commented, “Why so much hype?”

After being separated for some time and making her announcement public, Samantha immediately interrupted Karan Johar and said Naga Chaitanya as her ex-husband. Then Karan Johar asked her how amicable the couple was after the breakup.

To that, Samantha had another well-prepared answer. She said at this point if they were put in a room you would have to remove all sharp objects. But she later added that maybe things could settle down in the future.

KJO then questioned her about all the social media trolling and how she was dealing with it. Samantha almost looked prepared for all the questions. On the other hand, she cannot really complain because she has chosen the path and wants to be transparent. She said she couldn’t be upset as she came out of it well. She said she actually got off better than okay.

As for Rs 250 crore alimony, she laughed at the silly rumor and said she was waiting for the income tax people to raid her house. When asked how she was now, she said she was fine and stronger than ever.

This week’s releases on OTT – Check the “Rating” filter