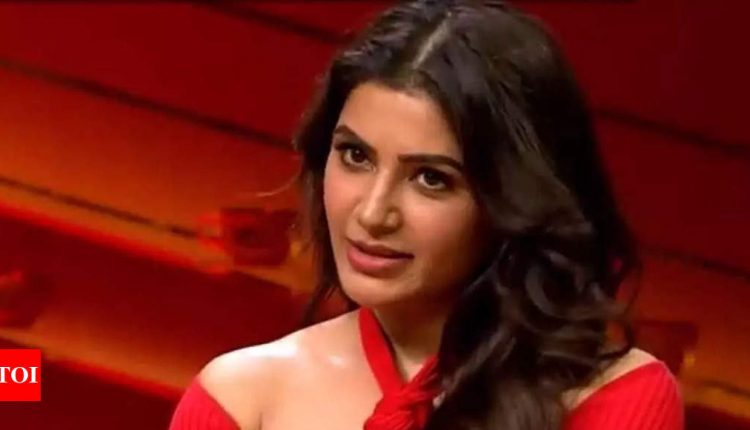 Samantha Ruth Prabhu made her debut on ‘Koffee With Karan 7’ and boy was she a breath of fresh air! The actress charmed everyone with her energetic and bubbly personality. The ‘Oo Antava’ actress also opened up about her much-discussed divorce with Naga Chaitanya, which has prompted her to come under heavy troll attacks and multiple rumors have been swirling around the internet.

Karan Johar asked Samantha about the worst rumors she’s heard about herself. She responded with a quip, asking, “Shall I start alphabetically?” She continued, “That I took 250 crore alimony. Every morning I woke up waiting for the income tax officials to show them there was nothing. First they made up the story about alimony. Then they realized that it doesn’t look like believe the story. Then they said there’s a marriage so she can’t ask for alimony.

Apart from that, the actress also revealed that her divorce with Naga Chaitanya is still an uncomfortable feeling, but she hopes that will change in the future.

On the work front, Samantha will soon be starring in Shaakuntalam, Yashoda, and Kushi. She made her OTT debut with The Family Man 2.