The case of Larry Davis 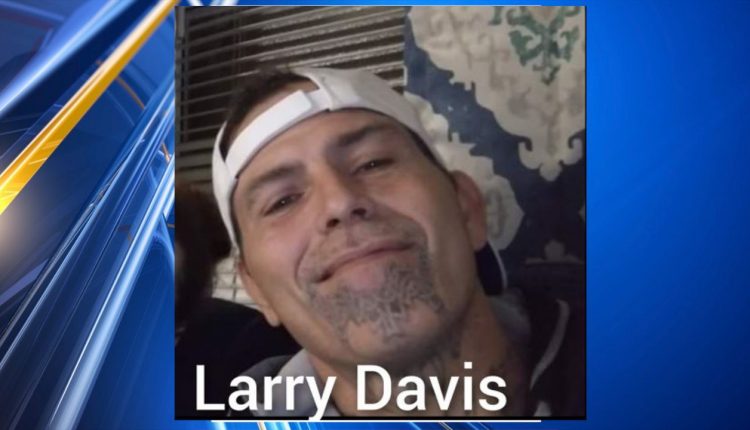 CHILLICOTHE, Ohio (WCMH) – Before disappearing on March 4, Larry Davis messaged the person closest to him and provided a name in case anything happened to him.

Davis was last seen alive four days later. His nine-year-old girlfriend Brittany Claytor, 32, said a security camera caught Davis entering a private garage but nothing since. She filed a missing persons report March 7 along with Davis’ brother Jeffrey. The police radio report obtained by NBC4 stated that Davis’ bicycle was found at a person’s home.

Davis was an addict, but a man of regular habits.

“I would hear from him any day, or his brother would hear from him any day,” Claytor said. “Four days before he disappeared he texted me and told me if anything had happened to him that I could blame that person. Larry was on drugs so he wasn’t home at the time. He chose to be homeless and his father just died. But he still came by every day. Either I or his brother saw him every day.”

Claytor also described the last time she heard from Davis.

“He texted me at 11pm on the fourth and we never heard from him again on the fifth,” Claytor said. “So his brother went to look for him, because by then he would have stopped by here.”

“Before we were dating, he was my best friend,” Claytor said. “I love him. He was everything.”

Claytor said Davis had his life together before he got back into drugs.

“I begged him to go to rehab, but he wouldn’t,” Claytor said. “His father died. And that’s how I know he told me… because he knew I wasn’t going to give up.”

Davis was last seen in a red and black flannel shirt, black knit beanie, blue jeans and sneakers. He has a tattoo on the front of his neck that reads: “100% Evil” and “Amanda” tattooed on the underside of his stomach, as well as several tribal tattoos, according to the missing person’s report.

Claytor told NBC4 that police initially looked for Davis. She believes the search effort has since been halted.

Anyone with information regarding Davis’ disappearance should contact the Chillicothe Police Department at 740-773-1191.