The person suspects infidelity and units his spouse on fireplace; burns itself 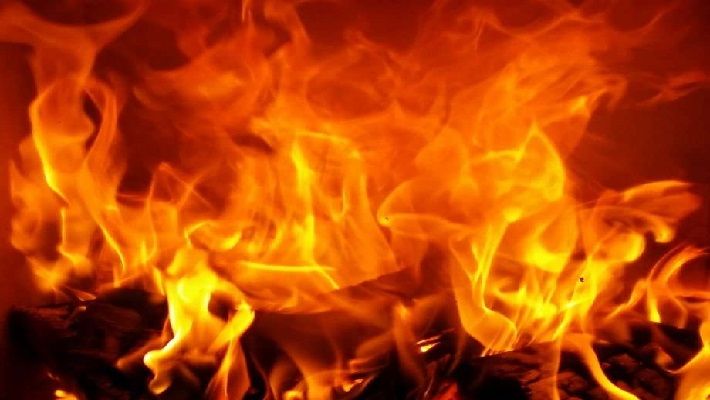 Vyara (Gujarat): A man set his wife on fire before ending his life at Valod Taluka Development Office in Gujarat’s Tapi district

The man, identified as Amit Patel, suspected his wife Mayurika of having an extramarital affair.

The complaint, filed by Taluka development officer Hardipsinh Gharia, said: “Around 3.30pm on Tuesday, Amit Patel entered the office with a bottle. Seeing her husband approaching, Mayurika, a computer operator in the MGNREGA wing, tried to run from the office, but Amit caught her, doused her with something flammable, and then set her alight.

“Another staff member, Kinjal Chaudhary, attempted to intervene but was pushed away by Amit. Afterwards, Amit also poured the combustible material on himself and set himself on fire. Shocked by the events, the office staff tried to put out the fire with a fire extinguisher, but it was too late. A doctor on the ambulance pronounced the couple dead.”

Gharia told IANS the whole incident happened within minutes, adding that he had no information about any disputes between the couple and that Amit had never visited the office or argued with her during working hours.

Valod Police Sub-Inspector Nitin Kumar Panchal said an investigation had been launched, adding it was too early to comment on the issue as it arose on the basis of suspicion.

The police seized a mobile phone at the crime scene, which was handed over to the FSL.