The seek for the final lacking particular person continues 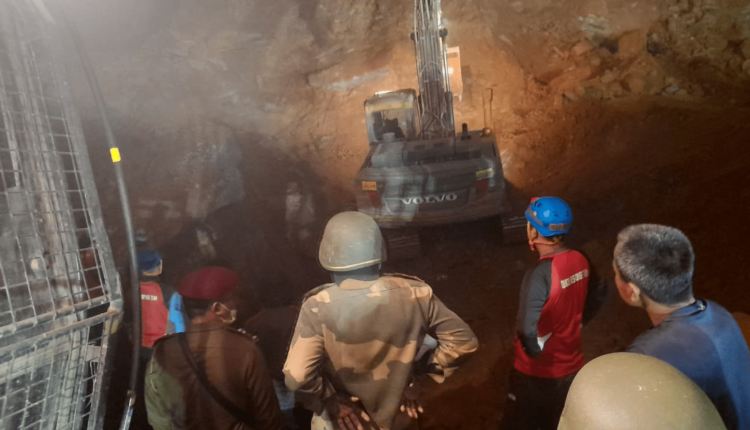 Aizawl: The search for the last missing person in the recent quarry collapse is still ongoing, although nearly 10 days have passed since the incident occurred in Hnahthial district of south Mizoram, an official said.

The victim, identified as Jahidur Islam, 27, from Assam’s Barpeta, disappeared along with 11 others after the quarry where they worked closed on April 14.

Despite intensive search and rescue operations, Islam has not yet been found, he said.

He said the victim’s hat and sweater were recently found near the excavator he was operating at the time of the incident.

The bodies of eleven other victims were recovered from the rubble last week.

The official said that three family members of Islam arrived at the scene on Tuesday and were briefed on the situation.

In all, 12 workers from ABCI Infrastructures Pvt Ltd were confirmed to be trapped after the quarry collapsed on November 14.

Hnahthial Superintendent of Police (SP) Vineet Kumar said thirteen people were working when a massive landslide occurred at the quarry and only one worker escaped unharmed.

Of the 11 people who died, officials said five were from West Bengal, two each from Jharkhand and neighboring Assam, and one each from Tripura and Mizoram.

Prime Minister Narendra Modi had earlier announced an ex gratia of Rs 2 lakh to the next of kin of each deceased and Rs. 50,000 to the injured persons.

On November 16, the National Green Tribunal (NGT) ordered seven concerned authorities in Mizoram, including ABCI Infrastructures Pvt Ltd, which currently leases the quarry, to appear before the tribunal on November 28.

A day after the incident, state police also filed a criminal case against ABCI at the Hnahthial Police Station.