“Time does not heal, solely solutions do.” – The Group for World Peace 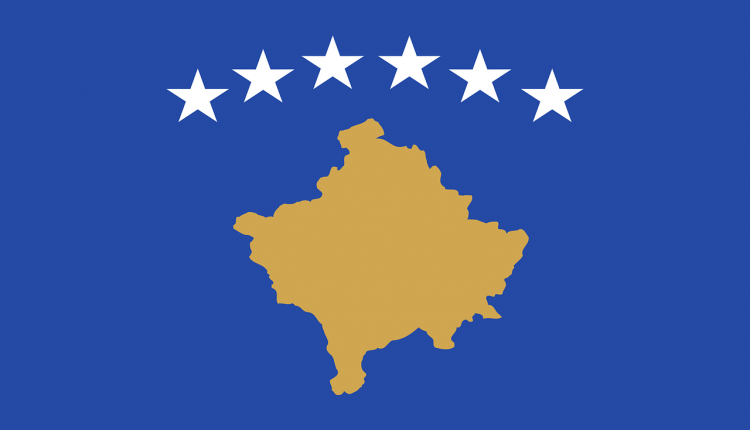 It’s been almost 23 years since the war in Kosovo ended, but for many families it continues. During the Serbian genocidal regime against Kosovar Albanians in 1999, over 10,000 people were killed, the vast majority of them ethnic Albanians, but also some Serbs and Roma. The fate of the 1,620 people still missing in the war is unknown. This number is based on the latest data from the International Committee of the Red Cross. While this may be a simple fact for some, for others it is another year of continued suffering and injustice.

National Day of Missing Persons in Kosovo is observed on April 27th. On this day in 1999, 376 innocent ethnic Albanians, including 36 children, were killed by Serb soldiers in a tiny Kosovo village near Gjakova, Meja, as they tried to flee to neighboring Albania. Some bodies were buried in mass graves in Kosovo, others were transported to Serbia to be buried in undisclosed locations. Every year a memorial service is held on this day in Meja to remember the victims who died or were forcibly disappeared.

Thousands of families have sought answers from Serbian and Kosovan officials about the whereabouts of their loved ones, and year after year many continue to be kept in the dark. To represent the darkness felt among those with missing loved ones, local groups in Kosovo, such as the Youth Initiative for Human Rights, are encouraging residents to remember those still missing in the war by praying at 8 p.m Clock turn off the lights for five minutes April 27th. Likewise, activists formed the number “1620” out of flowers on Wednesday morning in Pristina, the capital of Kosovo, to commemorate the 1620 people still missing.

Under international humanitarian law, families of missing persons have the right to know what happened to their loved ones, and states have an obligation to provide them with answers and support. Only through answers can families of missing persons be consolidated and the healing process initiated. In the years following the war, forensic scientists from around the world gathered in Kosovo to identify remains, repatriate them to relevant family members and document possible war crimes. However, the identification process stagnates; Kosovo officials continue to blame Serbia for its inaction, often accusing its officials of withholding the locations of more burial sites. Activists are demanding that the relevant institutions take responsibility and show commitment to resolve the fate of the missing, ensure justice and restore the dignity of the victim’s loved ones.

Years after the war, in Krusha e Madhe, the site of one of the biggest massacres of the Kosovo war, we are confronted with the existing reality of families still awaiting the fate of their missing loved ones. This is portrayed in Sundance’s triple award-winning film 2021 HIVE, written and directed by Blerta Basholli and based on the true story of a woman, Fahrije, played by Ylka Gashi, who struggles against misogynistic societal expectations to become an entrepreneur after her husband left missing during the 1998-1999 Kosovo War. HIVE captures the challenges of life after the war, especially for women in a patriarchal society. Fahrije takes on what would otherwise have been her husband’s duties and is shamed and criticized by the remaining men of the village for occupying his now empty spaces in society and at home.

Among the many important lessons and narratives this film offers, it addresses the emotional and economic wounds caused by war casualties, which are sometimes obscured by the tangible loss of the missing person’s presence. It’s reminded every day of that unsettling and unresolved feeling while still having to endure, and how, as we see in the film, the process of rebuilding and healing, while possible, is delayed by the lack of closure and resolution. The form of closure that knowledge of the fate of his missing loved ones would offer.

Initiatives to uncover the fate of the 1,620 people still missing appear to have been proposed, including a draft agreement between Serbia and Kosovo to set up a joint committee, as well as discussions on opening up wartime military archives to shed light on hidden burial sites that have been revealed no concrete steps taken. The Kosovan government’s Commission for Missing Persons said earlier this week that excavations at a new site in Serbia where a mass grave is suspected would begin shortly. According to Andin Hoti, the director of the Missing Persons Commission in Kosovo, the location and details of this alleged mass burial site will be announced soon. Meanwhile, Hoti is urging the European Union to pressure Serbia to reveal the location of the mass graves and set deadlines to speed up the process.

All necessary steps must be taken to resolve the ongoing problem of missing persons in Kosovo. Accelerating the tracing and identification process requires the combined efforts of civil society actors and the relevant government agencies. When the fate of missing persons remains unresolved, cynicism and resentment can grow and threaten the stability of society for generations to come. And while over 6,000 people missing from the Kosovo war have been found and identified, the remaining 1,620 missing provide relevant institutions and government officials with 1,620 reasons to prioritize this issue. An issue that civil society activists should urgently consider and address as a humanitarian rather than a political issue.

Karan Mehra accuses Nisha Rawal of infidelity; says she has been dwelling with one other man in his home for 11 months