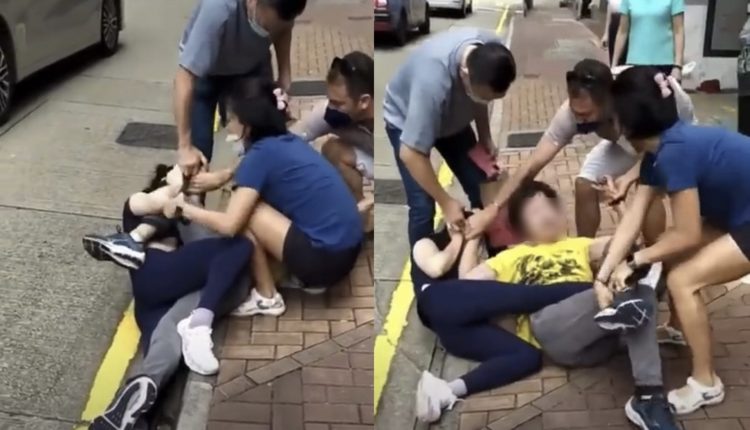 Two women were filmed doing an MMA-style scissor-leg takedown on a Hong Kong street amid allegations of infidelity.

The poster of the video said it took place in Sai Wan.

In the video, the woman in yellow, who appears to be pulling the other woman’s ponytail, can be heard asking in Cantonese, “Are the police here yet?”

A white man, one of four people there trying to stop the fight, then says, “Stop fighting.”

The woman then replies in English: “This woman not nice (sic) to me.”

She adds, “She stole my husband.”

The man replies, “I know how you feel.”

A woman trying to untangle the two in the fight adds: “You have the right to be angry, but you have no right to hurt anyone.”

Some netizens said the woman in yellow is the boss of a famous Chiuchow restaurant in Sai Wan.

Some also said a Chinese man who tried to break up the fight was the woman in yellow’s husband.