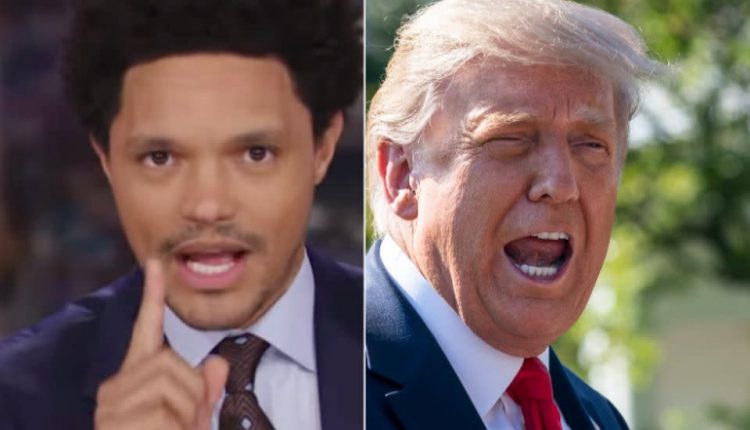 Trevor Noah said on The Daily Show on Tuesday that Donald Trump managed to deliver “one of the strangest confirmations ever.”

Instead of voting between former Missouri Gov. Eric Greitens and current Attorney Eric Schmitt in the Republican primary for a US Senate seat, Trump this week endorsed “Eric,” first name only, and chose both.

“He could support any Eric in the world,” Noah said, then corrected himself as an image of Eric Trump popped up on the screen. “Well, not just any Eric, but you know what I mean.”

As Noah pointed out, the former President called Schmitt to say he’d won confirmation, and then called Greitens with the same message — he failed to tell everyone that he actually supports both of them.

“What an asshole!” said Noah. “Turns out the guy even puts infidelity in his endorsements. He’s the first politician to side with Eric.”

See more in his monologue on Tuesday:

This article originally appeared on HuffPost and has been updated.